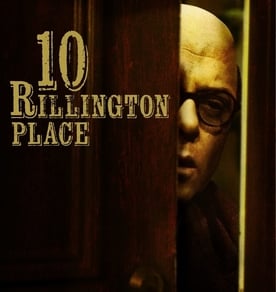 Plot – Spoilers:
Based on British serial killer John Christie, this covers some of his killings, but is more dedicated to the travesty involving Timothy Evans, whom Christie managed to successfully blame for some of his work. The real Christie’s necrophilia is also avoided here.

The beautiful opening scene of a woman walking to her death on a 1940s street that’s lit only by her torchlight, while being waited on by a creepy man peering through his slightly open curtains sets the tone for a film that critically examines the manipulation of people’s trust, particularly when they’re vulnerable and suffering a medical condition.

John Christie lives with his blind-eyed wife at 10, Rillington Place, where he murders most of his female victims, pretending to be an almost-doctor. Christie is semi-educated and able to convincingly act grand enough around his victims, who are too uneducated to see through the mistakes he makes while pompously delivering lines like, The liquid takes out the carbon monoxide, or CO2, as we call it.

Richard Attenborough plays John Christie with a calm grace that makes it believable that a fraud could actually convince the unsuspecting about his qualifications. Wouldn’t be surprising at all, if Anthony Hopkins watched 10 Rillington Place while prepping for his role as Hannibal Lecter.

Random:
If you enjoyed this, you might want to have a look at director Richard Fleischer’s other serial killer film, The Boston Strangler. 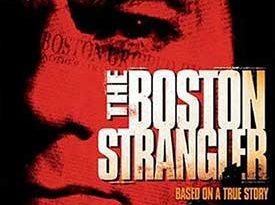 Where is Fred fat?

Creepy little tale and I am sure if it was re-made there would be more corpse-sex. Although I am not sure if its necro-play if the body is only half-dead.

Second woman had it coming, I guess . . . Anyway, John Hurt is great in this. He was great in pretty much everything.

I liked this one. There’s a miniseries too that is pretty good and creepy. Starts slow but draws you in.

when dickie wasnt a luvvie

Pleasant movie that somehow reminds me of “The Golden Glove”, on the “sloppy disposal of bodies” aspect. Brothers and sisters, remember to take heed of your corpses – that’s a rule of thumb.

this is the same story of that russian communist called chikatilo or something like that. who killed 50 pluss women and children in the soviet time.