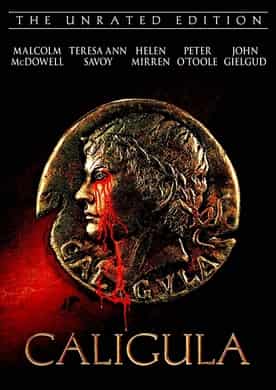 Plot – Spoilers:
Based on the Roman emperor Caligula who ruled for four years, the movie attempts to capture the debauchery and perversions that are alleged to have characterized Caligula’s reign as he descended into madness.

The young Caligula spends his time nursing ambitions of one day becoming Caesar without really educating himself in the military and political nous required to establish a legacy. Instead, he frolicks the days away in an incestuous relationship with his sister, while becoming more and more convinced he is blessed with the divine. When his (adopted) grandfather and Emperor shows signs of decay, Caligula quickly seizes power and attempts to crush the Senate. What follows are the whims of a man who sets no boundaries. 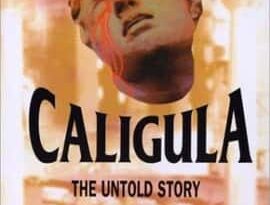 Posting this before I watch the movie

This oughta get interesting really fast…

Helen Mirren was (and is) hot!

He didn’t rule for 4 years.
He ruled for 1400 days keep your facts right
Besides its really slow with buffering

I was expecting to be bored out of my mind. I have to say it IS too long, but I was entertained. The acting was good, the nudity was fun, enough insanity happened to keep me engaged. Sure why not. Give it a chance.

It must be the most poetic pornography I’ve ever seen, what a great man. Lived a life as he loved and fuck everything else.

Upon its release in 79 this was one of the most controversial movies of its time even though the uncut version didnt come out years later and as far as I recall only on video, it never was shown uncut in cinemas. Over the decades its shock value has diminished since there are so many unsimulated sex films circulating nowadays. There are still many versions available with varying running times. I liked because it stars Malcolm McDowell, he is a great actor,(also starred in A Clockwork Orange) and Helen Mirren in a role she would rather forget. I found it overlong and a bit boring tbh, but it had its moments where I lmfao and cringed at times. Not really riveting as above commenter Matisse said, but I must ask, is that an avatar of you or someone famous? If its you, I think you are hot, hope you dont mind me saying so. Cheers!

Amazing and very scenographic movie, after all it’s obvious that two artists like Tinto Brass and Bob Guccione would have made an amazing movie like that. Malcolm McDowell represents very well the character of Caligula, of an emperor who lived alife full of excesses without giving a f*ck about anything. Amazing movie!!

I really love this movie

This film lives up to the hype, it is brutal. worth the watch for sure!!!

Still disturbingly amazing…re-watching it at the age of 54!