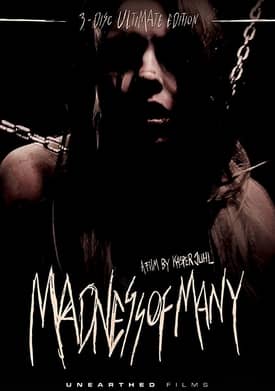 Plot – Spoilers:
Victoria White at the age of 23 has managed to leave home after years of rape and abuse at the hands of her family that began when she was 8. She meets a man she believes she can share her miserable stories with, but instead finds herself held captive for a year and tortured repeatedly.

Madness of Many seems inspired by the Vomit Gore works of Lucifer Valentine and features a similar theme of multiple personalities and a victim welcoming her suffering and downward spiral. In between the existential ramblings, there are plenty of nude women drenched in gore, eyeballs being gouged out and vomit gore. But one of the standout moments involves a chained woman whose eyes have been gouged, being induced to puke gore on another woman. 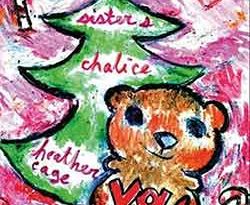 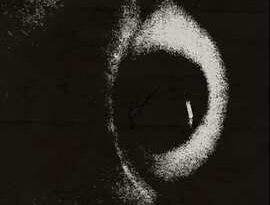 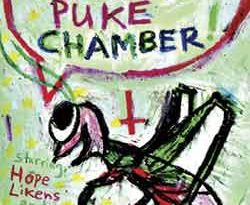 oh, thank you for finding this for me. much luv.

Utter garbage this was.

I came 3 times watching this ?

Shitty jump cut editing and narration. I gues this first year film student forgot this is a visual medium. If i can’t see wtf is going on and youre gonna have 60 mins of narration theres no point. I couldnt make 30 minutes

Soo deep and philosophical… psyche. A trouser stain of a film.

Gosh she won’t shut up……a total failurer and utter garbage. Somebody please send the so called director to gulag Siberia.

This movie is GOLD.Why all the hate?And you CANNOT compare this to any Lucifer Valentine films.THIS ONE IS BETTER!

Please forgive my inadequacy regarding this query, yet I’m earnestly appealing for someone’s assistance in how I may upload a profile image beside my name. It would sincerely be appreciated as I’ve begun to spend more time upon here critiquing what I personally find visually artistic.
Much gratitude, et alia.

Apart from the blonde chick droning on her about her experiences in a monotone,this movie is awesome,very dark & well shot,gruesome as fuck,I lost interest in the chicks narration so if there’s a story it’s escaped me & I’ll get it next time,cool flick,3rd ive seen By this director,keen to see what else he’s done