Plot – Spoilers:
Jack is a loner 15 year-old detached from the goings-on at home. Instead, he prefers to head to a dump after school and jerk off, often narcissistically looking at his own reflection. His distant and snappy father dies one afternoon and things come to a head when mother is laid up in bed soon after, depressed and ill.

Jack has a little sister and brother, but it’s his 17 year-old sister Julie who fascinates him. He yearns for her attention while she constantly reminds him of his selfishness and moodiness and often bullies him into errands. But beneath her rude and distant behavior lies a deeper connection between the two that will rise to the fore after mother dies and they make a strange decision regarding her burial.

The Cement Garden is a remarkable work in British Cinema not just for its competence in adapting the Ian McEwan novel, but also for the natural and brilliant acting from all the kids (Charlotte Gainsbourg was actually 22). 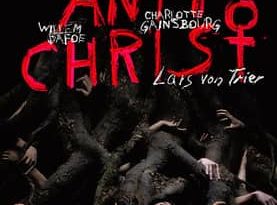