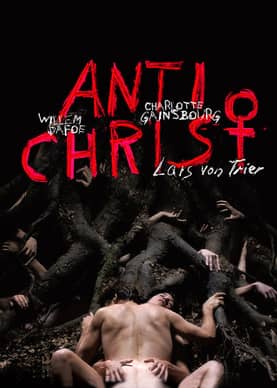 Plot – Spoilers:
Willem Dafoe and Charlotte Gainsbourg play an unnamed couple. She’s been working on some sort of a thesis on the concept of hatred towards women just because they are women (gynocide), while he’s a therapist, though it’s unclear whether he is practicing.

Anyway, while they’re busy fucking to glory one snowy night, their little son stumbles out of his crib through an open window and falls to his death. With time, the woman is not able to deal with her grief and the husband suggests he take over her care and get rid of all the medication she’s being fed. As part of his methodology, he decides that they head over to their cabin in a woody place called Eden, where she’d spent summer alone with her son.

While at Eden, she vacillates in bipolar fashion between being submissive and accusatory and soon, he realizes he is probably not equipped to handle her.

Thoughts on the Ending – Massive Spoilers:
Towards the end of Antichrist, she is shown to have actually seen her son walk towards the window while fucking, which she then chose to ignore. This coupled with the fact that she deliberately forced an abnormality on the kid’s foot indicts her. But this is probably untrue. Her having seen the kid seems to be something she has convinced herself about the events in hindsight.

Likely, her guilt over being in the throes of pleasure while her son fell to his death ravaged her so monstrously, suicide seemed an inadequate measly punishment. Instead, she probably drove him to rage deliberately, through her continued aggression and torture, to the point where he felt compelled to kill her. Her expressions when he finally rids himself of the grindstone suggests a certain peace over her impending murder at his hands.

The point with this movie though is that everyone has the right to a theory because even Director Lars von Trier has said he couldn’t explain the movie fully even if he wanted to, as he wrote it during a period of intense depression. 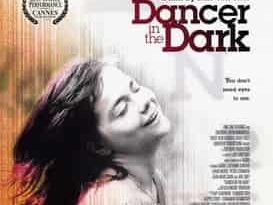 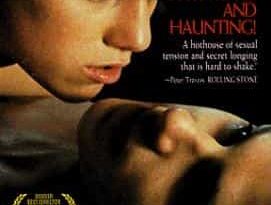