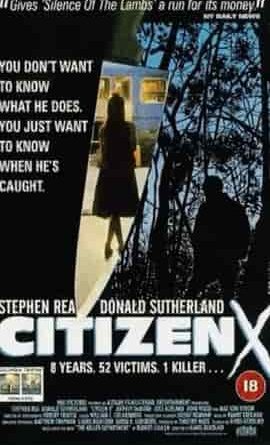 Plot – Spoilers:
Citizen X is based on the serial killer, The Butcher of Rostov/Red Ripper, Andrei Chikatilo, who roamed Russia, Ukraine and surrounding regions, killing over 50 women and children in a span of 12 years. The movie follows the investigative efforts over a decade that eventually led to his capture.

This TV film is one of those not-so-renowned serial killer movies that is actually a gem. The acting’s pretty good and the tension around the investigation always palpable.

Favorite scenes:
Every time Chikatilo is bullied, insulted or laughed at, he picks up his hunting bag and heads out. This is how he deals with unpleasant moments. Most of the world might have a smoke, a drink or head out to a club to cope, but Chikatilo kills. And when he kills, he sneaks up from behind, knocking them out and stabbing them before indulging himself sexually, which shows his timidity where he feels control over them only when they’re close to death.

The scene at the station with the harried-looking cop who has been on duty for 36 hours. There is something sincere about him – whether it’s his dedication or the pain he feels on discovering his cousin’s 8-year-old daughter’s body. 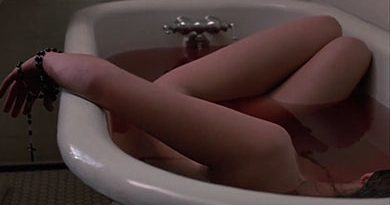 Good movie i enjoyed it. x

I agree with Jessica. No gore. Well acted and well written.

This was a very good movie. Well written, casted and acted. Virtually flawless. Granted, there was no guys, gore, or human excrement, it had all the makings of the great psychological thriller. Bravo, EUM… you’ve done it again!

How is it you guys find all these wonderful movies I’ve never heard of?

Guess I’ve been looking in all the wrong places.

Definitely top 10 best movies of all time In my perspective. 10/10

A gripping movie, the dialogues are elegantly-written, the acting is convincing I was hooked to the movie from start to finish…I love the opening theme as well… It’s scary to know that it’s based on an actual crime…This film also shows that good, honest people usually work in the nest of egoistic snakes, their efforts could’ve ended the consequent murders if the samples were not tampered with

Whomever transliterated the subtitles of this pièce de résistance, should be contritely attritional.

What a great movie. Interesting story, good acting (pleasantly surprised to find Donald Sutherland here!) Well worth the watch. It’s effed up for the fact that it’s based on a true story; 35 kids were brutally murdered by a sick fuck in Russia. Doesn’t get more effed up than that.

Damn 52 bodies, couldnt get any more disturbing and knowing that this actually happened irl. Thx for this, ejoyed it

russian accents are too laughable – couldnt take the film seriously

One of my fave serial killer movies.

wow a great movie I don’t why its on this site its to good for it …a great movie to watch …..I was going to clean my office but fuck that I watch this instead I am glad that I did ….