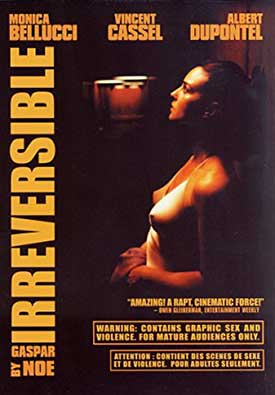 Plot – Spoilers:
Irreversible is one of the most controversial rape movies ever made due to its almost 10-minute-long single shot rape scene. It’s also a tale of revenge told in reverse – we start at the end (including credits) and move through segments narrated in reverse chronological order.

After Marcus and Pierre ruin her mood at a party, Alex decides to head home alone and takes a lonely underpass where she is anally raped and beaten brutally by a gay pimp. Marcus who is already high, goes hysterical and rabidly heads out looking for revenge, lugging a reluctant Pierre along.

The choice to narrate Irreversible in reverse was partly to help secure funding following the success of Memento. But it’s also an interesting option. If you started with Alex learning of her pregnancy and moved to her rape and the subsequent revenge (even though they got the wrong guy 🙂 ), it’s something we are used to – things getting fucked up. But doing it in reverse makes you unravel and understand better the person that has just been brutalized. 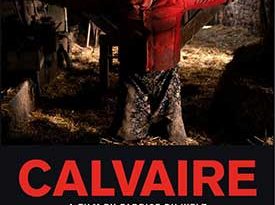 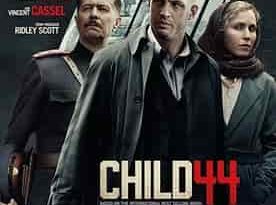 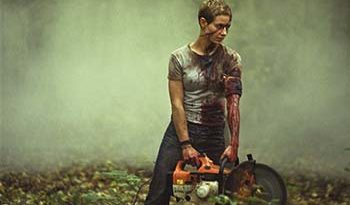 This movie is brilliant!!!

Jesus Christ, this movie is hard to get through.

I love this movie and feel like it has a lot of originality.

Woman gets raped and her loved one takes revenge… there’s like a million movies of that. The only special feature of this film is that it was arranged in a reversed order. Re-arrange it, and it’s just another bland story.

Tell me about it.

To be honest this is one of the most boring films i have ever seen, the camera work is shit the whole film, the Dialogue was so fucking boring!!! if your watching this for the rape scene ( only watch that part ) the rest of the film is total garbage and a waste of a hour and 30 mins of my life i will never get back

Agreed, the movie is nowhere near as shocking as it tries to be. What they try to pull off as a plot twist is just… not working, and I say this as a woman

Gaspar doesn’t try to be shocking, ever. He’s not just some edgy director, he likes exposing the animalistic side of mankind (which I think he does well).

No serious filmmaker shocks for the sake of being shocking. The result of that would inevitably be schlock. Forcing a long look at something so uncomfortable and unpleasant is not done to shock the audience here.

I’ve always thought of this film as a longform expansion of Kirkegaard’s assertion that life can only be understood backwards but must be lived forwards.

Started watching, doubt I can finish it, the camerawork makes me uncomfortable and i’m only 10 minutes in, …

I agree the movie was bad it’s kind of famous because of the rape scene….

The last 40 minutes is very hard to sit through, and not because its too intense, just because its stuff thats not needed for the story, yet the movie wouldnt work unless they had that stuff. It just makes for a bloated project.

Without it it would just be another gore movie.. The last part helps us understand and know the person who was killed and how much that actually was lost in the killing. Lol, not needed for the story.. Without it there would be no story worth telling! I know this is fupmovies, but that doesn’t mean it all has to be braindead gore without substance. It’s not a deep movie, if the meaning is lost on you I’m not sure there are many movies you will be able to folllow

Im wondering if I Stand Alone and Irreversible are connected ? Im sorry if this has already been said, but the guy in the beginning that slept with his daughter is the same character from I Stand Alone. They are both by Gasper Noe, too.

Tangentially. I think the order is Carne, I stand alone then the first(Last) scene in Irreversible

This was a bit difficult to sit through, not because of the rape but because it was so slow. If you’re looking for a very shocking and fucked up film this one doesn’t really fit that description, though it is still disturbing in quite a few ways. that said, I loved this, it’s definitely worth the watch.

A film about the utterly tragic hopelessness of toxic masculinity, the objectification of women, and the overarching patriarchy that no one asked for or needs to watch.

How many buzzwords can you fit into one sentence?

And it rules you.

A comment about the utterly tragic hopelessness of pseudo-intellectualism, the objectification of posers, and the overarching pretentiousness that no one asked for.

I watched this crazy stoned and I should’ve watched it in the correct chronological order coz I was getting super confused during the beginning. Watch the scenes in reverse. The [email protected] scene was pretty hot

You’re one sick fuck my dude

Not siding with the sick fuck, but we ARE on EffedUpMovies. What did you expect?

That pun made my day. Thanks! 😀

Meh, too try hard, yes there were some nasty scenes but overall it was too dark and confusing. But, worth a look just for Monica Bellucci alone, she is delicious.

The only thing that’s try hard is your yearn to be edgy, fuckface.

This is my second time viewing this and damn this movie is more disturbing and fucked up then I remembered it 2 years ago. Brilliant Masterpiece.

Good movie but insanely overrated in terms of “one of the most disturbing movies of all time”. Gimme a break. A guy gets his arm bent backwards and his face smashed in with a fire extinguisher and a woman is raped. You see women get raped on Lifetime, MTV, fuckin’ Freeform. I don’t wanna hear this mentioned on any “most disturbing list” ever again.

fred fat
Reply to  Anybody

A rated concept film with terminal stage parkinson’s cameraman. Those with severe motion sickness can skip this film you won’t last.

I poop on your face

Real boring movie. The best part was when the dude smashed the snowflakes face in at the beginning. The rape scene was done good too but like I said. The movie was boring as hell.

felt like i unlocked an achievement after getting through the infamous scene, but thought my brain was about to start bleeding out right after.
structure’s used brilliantly in this, did not expect much considering subsequent noé works weren’t that great for me but wow this one hits.

This movie perfectly establishes the reality of male dominance and its perpetuance. Women deserve to be raped and beaten if they refuse a man’s advances for they are the lesser species built by the Lord Jesus Christ for entertainment and reproduction, nothing more. Also great fapping material. 10/10.

Who tf says cunt lmao what are u British? If so that itself is an insult

Go to school and suck my balls

sure, grow some first

Okay so other than this being the most disgusting and bigoted thing that I have ever read, I find your mention of Jesus quite funny. You are out here backing up your (repulsive) position with religion. But anybody with even an ounce of knowledge about the Abrahamic religions knows that the female sex was created in the Garden of Eden during the “creation of the world”.

If you’re gonna be a piece of shit in a public forum, at least do it with the correct information. Especially if you’re quoting religious bullshit. In general though, maybe stop being a closed minded asshole who is openly making the world a more disgusting and unsafe place.

A man
Reply to  shadow

you come from a colonial empire stfu

Lon nol
Reply to  A man

So the natives should have fought harder.

shadow
Reply to  A man

aww are you insecure that someone is smarter than you. wicked cute

When was the last time you set foot outside your basement?

A man
Reply to  Gross

shush, stop using degenerate words you get from the internet. I know that you are unloved. Now go back to your wage slave life.

for fuck’s sake, this camera work made me fuckin nauseous

Doing an analysis of this movie so I’m rewatching it being more careful to little details
For those who want to know, Pierre hits Le Ténia 23 TIMES in the face with the fire extinguisher