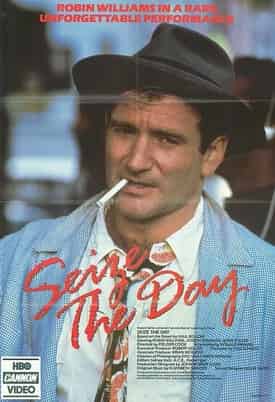 Plot – Spoilers:
A once-aspiring actor Tommy is on the brink. After giving up on his dreams, he has spent the last 10 years of his life as a traveling salesman, estranged from wife and children. His marriage is finished and though he’s recently found love again in a younger woman, his ex-wife is keen on wringing every guilty drop she can out of him. But what’s pushed Tommy to the brink is the realization that his boss is trying to ease him out of the company.

Despite everything, Tommy tries to remain hopeful and heads for New York hoping to find work and also help from his wealthy and respected father.

Seize The Day, based on the Saul Bellow novel, hits hard not just in loserville, but also in father-son relationships.