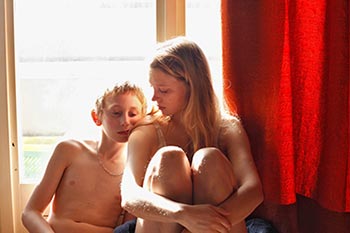 Plot – Spoilers:
It’s tourist time at a ski resort and also boom time for Simon, a young thief who lives at the bottom of the mountain with his elder sister Louise. Louise is a reluctant worker and doesn’t hesitate to dig into Simon’s earnings to indulge in clothes, cigarettes and booze. It is a brittle relationship with Simon at his young age having donned the role of provider while Louise convinces herself that it’s all good by occasionally telling him to keep the risks low. Midway into the movie, a deeper secret is revealed which puts into perspective their relationship.

Simon only rarely reveals his loneliness and for the most part acts older than his age. He is focused on earning money and doesn’t seem to indulge in any other activities with kids his age. In fact, despite being a specialist in skis, he hasn’t even learned to ski. This has its advantages though as he rarely loses his nerve while bargaining with older customers and is comfortable negotiating deals with some of them.

Favourite Scenes (Massive Spoilers):
1. Louise is a reluctant (very young) mother and never seemed socially or biologically ready for motherhood. There are moments when it is clear she cares for Simon but the fact that she is still young and hopeful of finding love and a boyfriend forces her to push Simon away. She keeps running away only to return, usually when she is broke and out of money and so Simon appears to be convinced that the only way to keep Louise with him is by literally paying her for her company. There is no scene that conveys this better than when Simon, following a huge fight with Louise, offers to pay her to allow him to lie in bed with her – a basic thing most kids get to do for free.

2. On one occasion when Louise is away with a new boyfriend, Simon is taken in by an English lady at the resort with her kids and sidles up to her, even offering to pay for lunch. That scene and the one later when she discovers his lies and theft are quite telling. For one, she seems quite a stuck up and self-righteous lady who can’t seem to look beyond the silly lies told by a kid when all he’s doing is pleading with her for small acts of kindness and love. I’m a little unsure about the theft – did he do it out of spite after being rejected by her or is it his habitual nature that would have kicked in anyway? What do you think? Whatever the facts, her cold dismissal of the two only reinforces for Simon how much of an outsider he is at the resort. 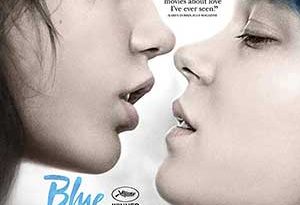 A story of a true & real hustler!

nice movie. a little slow and not as fucked up as other movies on this site. but nice performances and a heart touching story