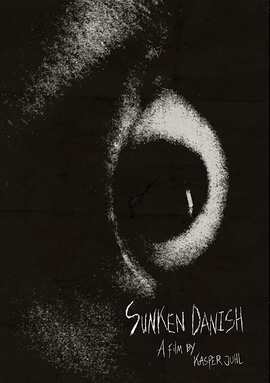 Plot – Spoilers:
Two guys out on a drive, talk shit like they haven’t been laid in a while. They then stop by a store, pick up a saw and some rope, and set out to work on a number of women.

Sunken Danish is a black & white film which was probably a Hitchcockian trick to not worry about the hassle of the gore looking realistic. It tries too hard to be an August Underground, Guinea Pig 2 or Tumbling Doll of Flesh, but decades later, lacks the effects to match them. You’re probably better off setting aside any such expectations, for it to work.

Also, it almost feels like there was this slightly chubby guy who watched August Underground, looked at the lead character, and thought, I could be like him. Thanks to EUM user, Buttrodgers, for sourcing this film.

A film that tries too hard to be like August Underground and FAILS????!!!!! I’ll pass…

Yes an obvious homage to August etc but not too badly done. Reminded me more of the vomit films .
The monochrome was a decent touch but the slowed down voices got quite annoying after a while… A trick these lads have seen quite possibly in Morris’ Jam a UK UG TV favourite.

Spoiler alert
He cuts a baby out of the womb and then saws the baby head off. Most of the movie is dark can’t see shit. The voice changer makes you want to mute. Fred vogal AU movies are masterpieces compared to this.

How retard do you have to be to actually like “movies” from the likes of Fred Vogel, Marian Dora, Dakota whatever, etc… they are all complete garbage, there is no merit whatsoever in any aspect of them. I just had to put it out and fuck the trolls. I read people referencing those “movies” in a positive lens and I just wonder how old are they and if they have actually seen the many many fucked up movies that actually are worth it’s existence…

I love a hairy matted bush to gobble, bits of dried up vag fluid and week old panties make my dick throb

my ex tried to fist me once, i kicked him in the mouth and a tooth flew out

A movie by children, for children. Pathetic.

David Hasselhoff is great in this