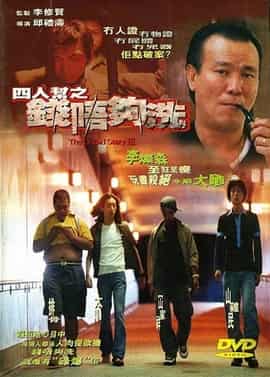 Plot – Spoilers:
The tamest in the The Untold Story Series, this one is here mostly to complete things.

If we were to go by the Untold Story series, Hong Kong cops are an incompetent lot, whose bumbling efforts are useful only for alleged comic relief. A man goes missing and a month later, the cops are bullied by his sister into investigating the disappearance. Soon enough, four guys admit to the murder, but there is no evidence.

This is claimed to be based on an actual case and considering it meanders along, dragging through the investigation rather than focusing on the potential gore, you’d hope this was actually a true crime. Why else would someone come up with a fictional tale such as this, to round up a well-known murder series.

Personally speaking, I enjoyed watching the murderers wandering around looking weak and spaced out. But again, recommended only if you want to complete the series. 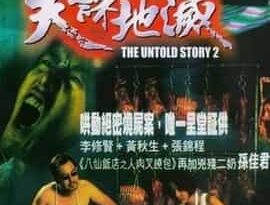 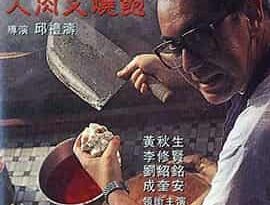 me too! only reason i watched it

Nice to see the original director back at the helm, as well as the police officer from the first entry. You can immediately tell as well, because thankfully the goofy cops as well as the constant flip-flops of tone throughout the film, from slapstick to serious, are back, much akin to the first film.

Held my attention much more than the 2nd entry, despite the overall simple script, the actors were much more engaging. Not much of a score in this one either. Yet with such characters as Electronic Tortoise (complete loss for words), as well as Rib Bone, the 4 teens facial expressions combined with them acting as if they were on ketamine ½ the time, made for some darkly comedic moments, imo.

I enjoyed this film tho for what it was tho, 6.5/10. If ur a fan of effedup police/crime/investigation dramas from the Orient, I’d say check it out, it ain’t bad! I’d also highly suggest Kurosawa’s film, titled ‘Cure’ (1997), which is easily the benchmark of these kind of films, imo. Thanks as always for the films, admins, nice ya finished the trilogy;)

Doesn’t live up to the first 2 of the trilogy, long and boring.