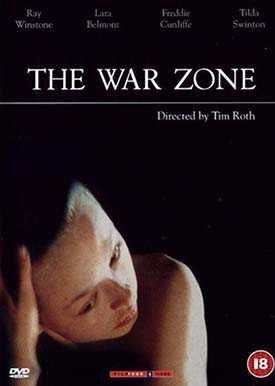 Plot – Spoilers:
The War Zone is an incredibly sad but beautifully directed movie by Tim Roth – his only directorial venture. When you’re done with it, it will stay with you not just for its content but the way it has been presented, and will make you wish Tim Roth directed more movies.

Tom is a teenager who’s recently moved with his Dad, Mum and elder sister, Jessie to gloomy Devon from London. The weather and his family life ensures that he can barely keep his eyes open and he looks depressed for the most part. Mum who is pregnant delivers a baby girl en route to the hospital following an accident from which they all emerge unscathed. The baby enlivens things only mildly and the family continues to sit around in silence, a silence that is often wary when Dad is around. While Mum and Dad often engage in pleasant conversation there is something stirring beneath it all and she often is quick to attend to his needs, like sponging him when he gets home, almost like she knows he is best kept in a good frame of mind.

All this would seem like the fairly normal lives that a lot of people are used to growing up with, but there’s something more gut-wrenching that Tom is about to discover. He is a budding voyeur and soon stumbles on a scene that rips the whole lot apart.

The movie is based on the book, The War Zone by Alexander Stuart, a book that initially won the Whitbread Best Novel Award, but was later rejected after one of the judges threatened to quit. The movie version similarly has polarized opinions over the years, with critical views often ignoring the depth and sincerity with which it was made. Roth himself at the time of the movie’s release said that he had chosen to make this his debut directorial venture because he felt the story needed to be dramatized on screen by someone who knew what was right and wrong about it. He later named his grandfather as having abused him for years as a child. Incidentally, this granddad had also abused Roth’s father when he was a child.

Favourite Scenes:
1. Until Tom witnesses his father sodomizing Jessie, he often accuses Jessie of “allowing” it. To see her crying through it shakes up things for him and though he immediately doesn’t get what’s been happening, it does move him and perhaps leads him to the path he eventually takes.

2. The confrontation with Dad:
Jessie whimpering with her arms covering her ears while Dad goes into denial and self-righteous rage is so powerful, you could end up watching it like Tom, with your eyes half closed.

3. The final shot of Tom closing the door of the war shelter:
There are many ways to look at this. The sad and unfortunate possibility is that Tom is going to take over his Dad’s role and begin an incestuous relationship with Jessie. For Jessie, who’s been damaged for years, this would perhaps seem like a natural transfer of power from father to son.

We wish for heroic and happy endings but incest and abuse rarely do and The War Zone and Tim Roth aren’t scared to walk down the tough and risky path. 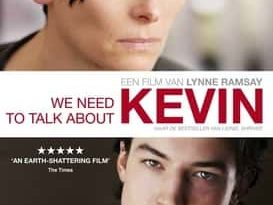 This is a brilliant film! So deep and yet incredibly simplistic…. Honey Bunny would be very proud.

Worth watching, the acting is good.

Beautifully executed. A realistic look at how one person destroys the lives of others and the way you see it manifest in the different people it effects. The reaction of each character was such a clinical response, it begs the question did the writer or director have personal experience with this type of trauma? This will be remembered as one of the most beautiful and powerful films I’ve ever watched.

toms fucking annoying downer borderline seemsretarded yet noone ever brings it up?
i found the movie ok enoughot watch to the end and not egret it but overall suregood ating and the sodomy sister has nice teen tits to look at still meh 4/10 but thanks eum for a great site.i just like to b honest wth my feedback…each to there own etc

In England, this is what the average family looks like (apart from the hotness of the daughter of course)

Now that… that was effed up.

she got nice titties tho

Beautiful movie, slow but well done. The actor who plays brother Tom holds his own, but it is the sister Jess who shines here. She is a Star… Please tell me the ending isn’t what it looks like. That would be so sad.