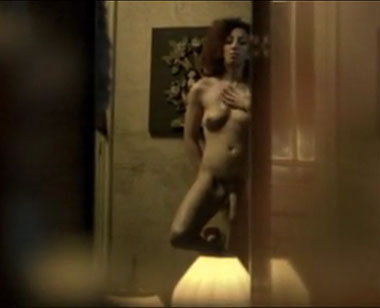 Plot – Spoilers:
Monica Cervera is Marieta, a transsexual prostitute working the streets. She is quite accepting of her position in society and hopes to one day complete her transition and also find love in someone who accepts her wholeheartedly.

She has a midget friend who leeches off her but that doesn’t bother her as she values his friendship in her otherwise lonely existence. The name of the film, 20 Centimeters is drawn from Marieta’s renowned penis which is alleged to be 20 centimeters long. This attracts all sorts of customers in her line of work.

One day she bumps into an attractive man who appears to fall in love with her. However, on their first sex outing, she realizes he is quite enamored of her long schlong. They chug along in their relationship amid her fantasies which involve extended queer-inspired musical scenes until one day she awakens to the rude reality of the basis of their relationship.

This is quite a depressing movie from Marieta’s point of view. She is surrounded by jealous prostitutes who grudge her having a boyfriend and a seemingly happy future. The midget friend also drains her emotionally while she’s also dealing with her boyfriend’s reasons for being with her.

Monica Cervera is quite good as Marieta and does show off her long penis in at least one scene while also conveying the vulnerabilities and emotional whirlpools that her character is sucked into.

Favorite scenes:
After Marieta’s first meeting with her boyfriend, she returns home and jerks off with passion shooting a load onto her bathroom wall.

The sex scene just before their break-up when the reality of their relationship finally sinks in – her boyfriend is simply fascinated with her penis and is only interested in being sexually pleasured by her without an emotional connect. It is also tragicomic as she humps him while the old neighbor lady looks on in shock. 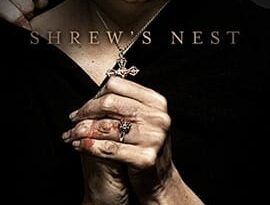 Woah, what a film, it’s a dirty musical. Only non Americanized films have such an impact, great stuff!

Loved it great stuff hAd me entertained!!!

Not bad, it still think flesh meat girls is the most shocking and sick film ever.

Do you mean “Flesh Meat Dolls”?

good interpretation ! enjoyed the story strange as it is!!

I was bored to death and the songs are crap and annoying, but the sultry husky singing voice is pleasant to my ears.

Admin: It’s difficult to moderate this site whilst your daughter’s sitting on your lap right? 🙂
In addition, daddy, please come home and let me give you a golden shower 🙂

20 centimetres, eh? They finally made a movie about me, lol.

Holy crap, I wasn’t expecting the dreams/nightmares to have such an interesting selection of songs and performances, this stuff is pure gold, I am glad I decided to give it a try!!

I saw someone describe this movie as a musical and at first I was hesitant ( i hate musicals), but i didn’t mind the musical bits… This movie isn’t exactly effed up but thats because of the dark humor- which I enjoyed! Very good.

Twice of my size