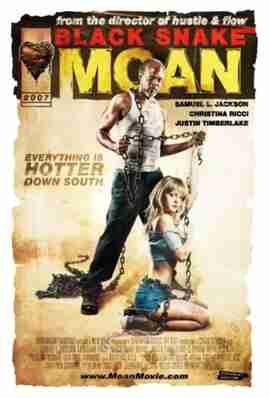 Plot – Spoilers:
Ronnie’s going on tour and has Rae to look forward to when he’s back. At least he hopes so. He even gets them both a sweet watch that’ll set off a bleeping reminder once a day for each other. The problem is, Rae can’t stop sleeping around, even while Ronnie was around. One such night-out leaves her beaten and knocked out by the side of a road from where she’s picked up by Lazarus, a former musician whose wife has just dumped him.

After nursing the half-naked Rae back to wakefulness, Lazarus just about manages to keep his wick dry, as he puts it, and embarks on a new mission – the sex-addicted junkie is to be put on a program that starts with binding her in chains and holding her captive in his farmhouse.

Black Snake Moan goes all maudlin and just terrible towards the end, but the rest of it and the two leads will probably make it well worth your watch. 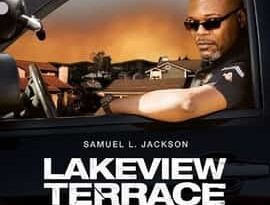 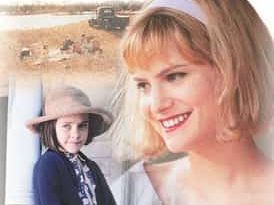 You know what a nigger is?
Samuel Jackson sure isn’t one.

Samuel L. Jackson gotta be the actor of the century

The love is nowhere

Jackson, ok. Ricci, double ok. However I can not stand Justin, even if he is fucking Juno Temple, ..Palmer, 2021.., I am unable to watch the fucker. He is like an action-man without the moveable eye toggle.

what a great EUM movie!
was not expecting this gem, bravo!