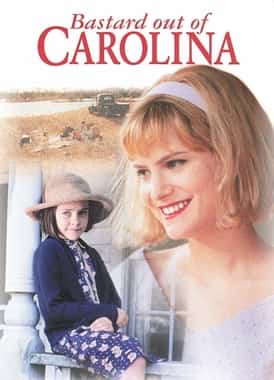 Plot – Spoilers:
Anney is a young mother with an illegitimate daughter Bone. She’s obsessed with removing the ‘bastard’ out of Bone and goes through a couple of marriages with men in the hope of finding love and security.

Anney’s second marriage with Glen turns out disastrous for Bone though. While Glen tries hard to keep Anney happy, he also carries a massive chip as a failure in his father’s eyes. To him, Bone is an easy, at-hand outlet for his frustrations. But it’s not just the violence that interests him about Bone.

Controversial Scenes:
Jean Malone was 12 at the time of the movie’s release. And so the two molestation scenes garnered a lot of controversy. According to director Anjelica Huston, Jean Malone and Ron Eldard worked for a month with a stunt coordinator to figure out how they’d eventually enact the scenes.

Very good movie. Has unsettling bits but not gore or horror like the rest here. Incredible and worth watching.

Damn, it was really brutal!

How do you turn off the captions

Very good movie,but also a very sad movie. Jena Malone shoud,ve gotten some kind of special award for her performance in this movie if You’re a sensitive person you will definitely cry watching this movie.

Jesus Christ… is all I can say.

A good movie. It breaks my heart when Bone walks in that way because of pain,and the scene in the car was hard to watch… thank you for the movie!

Bone reminds me of Wednesday 🙂

What kind of mother you are if you let your children to leave?just for a sick man?

Should have done the kid longer and harder she loved it

How did the girl who was laying down and sleeping in the back go through the windshield? There were three people sitting in the front.

Glenne Headly (Aunt Ruth) was ambrosial and delineated the role so eloquently.