Plot – Spoilers:
An aspiring tennis player, Jonas, who is failing grades at school is gently persuaded by his counsellor to move to a different school that will train him to be blue collar, as he doesn’t appear to be cut out for the white one. But Jonas doesn’t care, because his tennis is going good. Meanwhile, he is being goaded into losing his virginity by a bunch of adults from the tennis club he often hangs out with.

But when Jonas starts to fuck up at the tennis, he feels maybe school is where he belongs. This feeling is buoyed by the adult group he spends time with, who spout intellectualism and freedom from all rules. One of them, Pierre, who’s known to Jonas’ mother, even offers to tutor him.

Jonas, who in the group’s presence, by now has begun to feel more like a noob in matters related to his dick, starts to believe that academic excellence and the appearance of being smart is key to holding on to his girlfriend who seems intimate, but bored in his presence, even when he tries to sell her some Camus.

Jonas makes progress in his studies but is mostly drifting through the days trying to learn how to last longer with his girlfriend while being influenced by Pierre to question all his existing relationships. Pierre is manipulative and his first big success is when Jonas starts to believe he can’t count on his family for any support. In fact, Pierre’s work on Jonas is a fairly exhaustive study on grooming, and the long-drawn out efforts some are willing to put in, to ensure total power and control.

But Eleve Libre doesn’t shy from dispassionately looking at the underage victim too. At one point, he is called a whore by the adult, but appears to be ok with the transactional nature of their relationship, so long as he can earn the respectability he so desperately yearns for. 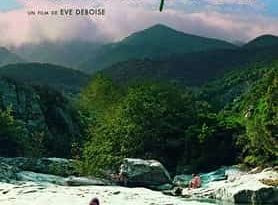 …I can not remember which one of you lot recomended ..Little Cory Gory.. to me but a belated thanks. It was an enjoyable watch.