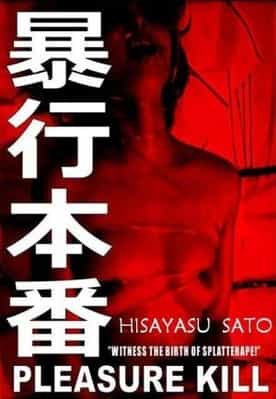 Plot – Spoilers:
Pleasure Kill has the same premise as Sato’s later work Naked Blood, with different effed up scenes. Three women turn up at a University research center to test out a new drug meant to calm people down. However, just before the test, the lead doctor’s son, who’s been experimenting in turning pain into pleasure, spikes the drugs with his own concoction. All the test volunteers then go berserk on themselves and others in scenes that include painful masturbation with a photo frame, a woman ecstatically writhing in the middle of scattered food while cutting herself up, a couple fucking while drenched in their own gore and the wannabe-scientist son going total psycho and raping his mother. 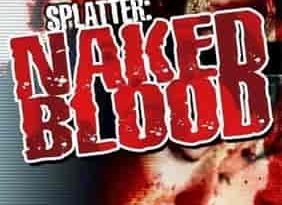 I’ll be the first to say it: The “Splatter: Naked Blood” reboot of this movie is way better.

I get that this movie was released 9 years before Splatter: Naked Blood, but in this case the reboot is better. Might be a biased opinion because I watched the reboot first, but the story line was majorly improved when you can actually see that some scenes, concepts and elements were blatantly pulled from this movie. Still…. the reboot did it better.

damn rich brian got a lil bit rapey in this one, pretty decent tho