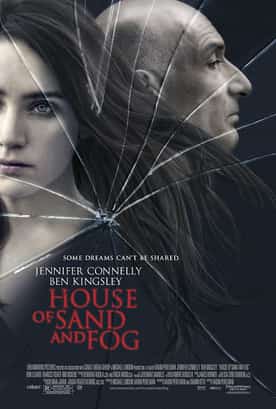 Plot – Spoilers:
A recovering addict Kathy lives alone in her father’s house in a state of disarray and lacking motivation. She receives a call from her mother who plans on visiting her in a couple of weeks. This sets off panic mode for Kathy as she sees herself as a fuck-up – her family is also unaware that Kathy’s husband has dumped her recently. The day gets worse when local authorities turn up to evict her for alleged nonpayment of taxes, the notices for which she hadn’t bothered to read for months.

Deputy Sheriff Burdon whose marriage is winding down takes an interest in Kathy and helps her in moving out. But Kathy isn’t about to let go of a house her father took 30 years to finally own.

Meanwhile Behrani, a former colonel who fled Iran during the Revolution is close to going broke. He lives with his wife and son in an opulent apartment while secretly working low-paying jobs. Behrani is stuck in the memories of glorious and fine times and has been pulling a social facade not just to marry his daughter into a respectable American-Iranian family, but also to avoid feeling a failure in his wife’s eyes. He ends up buying Kathy’s house during the auction and the two soon begin a destructive battle over ownership. 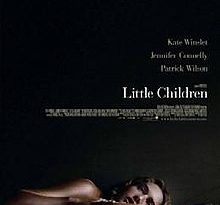 yes! honestly shohreh aghdashloo’s performance is so beautiful in this film she was truly born to play nadi. this is a very tragic film thats still unfortunately relevant to today’s america without being over the top.

dude that fucking cop annoyed the shit out of me. i hate americans

Now this is what I call “LIVING THE AMERICAN DREAM”…
Jennifer Connelly is drop dead gorgeous, even to this day. Period.

What a pity! In the first of the film we have it all: excellent actors who display a difficult situation in which people, who all mean well, end up in a situation in which there cannot be a true winner. In real live, probably mediation would have solved the problem. Here it becomes a Hollywood B-movie, with marriage problems, a nice boy getting shot, a suicide, and lousy B-film music.

Misery-depressing is right. This movie do be hitting different, very pleasant surprise. Loved it!

It was a pretty nice movie. Kinda sad that everything ended bad for everyone involved just because the incompetence of the entity in charge of the taxes and all that (unless i missed something and it was actually the girl’s fault for her to lose the house).

She was pretty retarded because ”muh depression” and didn’t opened the notices. Maybe if she actually opened the fucking notices, the mistake by that entity could have been avoided.

I think the cop represents the supreme simp. Some idiot that sees a girl in trouble and ”depressed” and throws everything away for her, to the point of making things that are already bad, even worse, just because the pussy. I fucking hate simps.

man this movie is beautiful