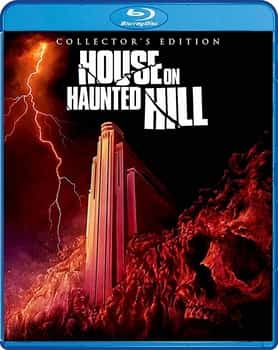 Plot – Spoilers:
A theme park owner and eccentric millionaire Steven Price, decides to throw a party on his wife Evelyn’s birthday. The setting is an abandoned mansion that used to be a hospital for the insane, run by a sadistic doctor and that was burnt down in 1931.

The theme of the party is survival and the five guests are offered 1 million dollars each if they can live out the night. Price and Evelyn’s marriage is on the rocks with either suspicious of the other. The 5 guests appear to be randomly chosen but as the night wears on, the mysteries of the house and the identities of the guests opens up more questions and doubts.

House on Haunted Hill is the remake of a 1959 horror classic and has some impressive visuals at times, that are in stark contrast to the rest of the movie that often plods along.