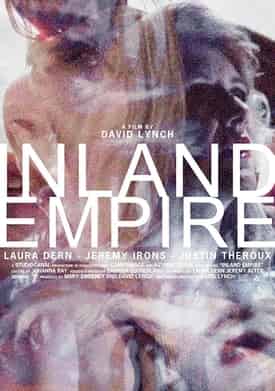 Plot – Spoilers:
An actress Nikki lands the role she’s been vying for. While on set, she has bizarre experiences including literally entering the world of her character. Then there’s a prostitute who’s watching a lot of all this unfold on the telly.

Laura Dern plays Nikki the actress and Sue the character while mostly wearing a bewildered expression. A nice mirror of the viewer.

A second watch might unravel aspects of revenge for infidelity, religious references to limbo and perhaps more. But for many, this would seem like little vignettes of mastery from Lynch, strung together by an invisible thread. This is also a movie where you’re really grateful for the subtitles, even for the English parts, as the audio is often garbled at best.

Lol, if u didn’t know, David Lynch is perhaps one of the most pretentious directors around. U have pretentious directors who, for example: try to do high brow hoyte-toyte ‘im above the commoners’ style films; directors that try to send some hidden allegorical message nobody really cares about, thru shocking and exploitative scenes (see Lars von Trier); but the worst offenders would be the directors who make films completely for themselves and who don’t give a shit about what anyone else thinks, especially including the audience.

Enter the world of David Lynch, lol. His swan song Eraserhead, which is excellent, groundbreaking, and the epitome of a ‘cult’ film (why TF it isnt on this site yet but this is kinda boggles me) he literally BRAGS about how nobody has ever ‘understood’ it’s true meaning(being scared of fatherhood is general consensus), and he GLOATS about how he’ll never tell what the baby in it was made from(lamb fetus is general consensus, but highly debatable), going so far as to have the crew sign confidentiality contracts, and holding some kinda funeral and burial for it after filming wrapped. Literally brags about all of that and more. He doesn’t give a flying fuck about what his audience thinks or if they ‘get it’, he basically just laughs at em. He also had his own David Lynch brand of coffee he sells that he thought was the best, but Blue Mountain it ain’t. These examples r just the tip of the iceberg too.

The man IS an excellent director, his more mainstream films like Elephant Man and The Straight Story easily prove that, as well as his more avant garde films, in their own way. It’d just be nice if he wasn’t such a pompous asshole, imo. But u gotta expect at least some hubris from a guy who had last name become an adjective to describe weird, surreal, wtf style films.

Overall, imo this film ain’t his best. Interesting plot, very dreamlike and Lynchian (see what I did there), and neat how it was a movie within a movie within a movie in her head tho. Love the cameos from Jeremy Irons (go watch a film w him called Dead Ringers to see what great acting really is), William H. Macy, and Terry Crews, lol. Not counting Eraserhead or Twin Peaks, which were hands down his best, Lost Highway and Mulholland Dr I liked much more than Inland Empire. For an average moviegoer, I’d give it a 4/10, but for a Lynch fan such as myself, prbly a loose 7/10, not that great imo, especially in regards to Lost/Mul. Thanks for the film admins:)

swan song means someone’s final work and eraserhead was his first film. if you’re going to try to sound smart you should know what the phrases you’re using mean.

Lmfao, breakdown, just for u: I was implying it was his sweetest song. Keep grasping at straws tho;)

Sry to be a dumbass and chime in back to back, I completely forgot about one thing till I was grabbing something from my film collection now. If u think u don’t like David Lynch, then try to check out his film Blue Velvet. I wanted to say this bc blue velvet is prbly his most audience-accessable/ viewer friendly film(one could say that about wild at heart, but that film was extremely conventional for Lynch). Call it a neo-noir whodoneit. Easier to follow but still has his trademark Lynchian and metaphorical style. Then if u hate blue velvet, chances r ur not gonna like any of his films(aside from elephant man/straight story). Thanks

Pretentious is a word only dumb people use.

Go look up some Yoko Ono “art” and then let me know if you still think it’s a word only dumb people use.

The story is too simple.. there’s no mystery. Two vestigial thumbs down.

I think there are some deep truths beneath the surface, for that reason I don’t think it’s all bullshit. I agree, this is one of his best works. Love how his head works, love the cinematic execution.

Never seen this film before