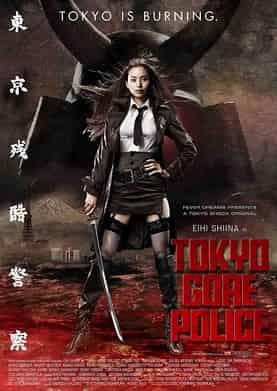 Plot – Spoilers:
In some bizarre version of Japan, the Tokyo police have been privatized and focus their energies on hunting down Engineers – a mutant group of revolutionaries who when they’re wounded, become more violent and inventive with the weapons their bodies generate.

Ruka is a specialist Engineer hunter who was raised by the Chief of Police after her father was killed by an unknown assassin. Her successful hunts coupled with her desire to unravel the mystery of her father’s death, leads her to pursue the mysterious Key-Man, leader and suspected creator of the mutants.