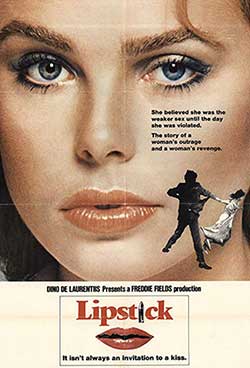 Plot – Spoilers:
Christine, a supermodel at the peak of her beauty and fame is at a beach shooting promos for a lipstick brand. Her teenage sister Kathy invites the music teacher from school, Gordon, with the intention of getting Christine to listen to his music. It’s a silly reason to invite someone to a shoot but one that makes a lot of sense to Kathy, and oddly to Gordon too.

Christine who is indulgent to her kid sister is polite to Gordon and casually invites him to her apartment to play his stuff as she is busy with the shoot. Gordon takes the casual invitation seriously and turns up at her place and forces her to listen to his compositions which are putrid to say the least. It becomes clear to him that Christine isn’t impressed and he proceeds to rape her brutally. The rest of the movie follows the courtroom drama that ensues.

Favorite Scenes:
The apartment scenes prior to the rape:
Gordon is evidently delusional and sees himself as some kind of electronic artist and the awkwardness in their conversations is painful to watch. And the way he walks around everywhere with that tape recorder tucked in his arm :))

Random:
Margaux Hemingway is the granddaughter of Ernest Hemingway and was a ’70s supermodel irl. The kid sister in Lipstick was played by her real-life sister Mariel, who later claimed that Margaux (who committed suicide at 42) had been molested by their father growing up.

The Cesc Fabregas looking Gordon is Chris Sarandon, Susan Sarandon’s first husband from whom she took her surname. 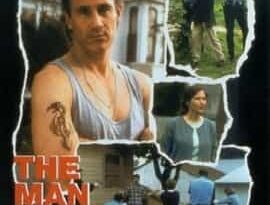 I wanna fuck her put lipstick around her pussy

In real life you must be a very frustrated man sexually, maybe because you are ugly or because you have the personality of a carrot.

I know someone who would put lipstick around your asshole and fuck you. Preferably someone in prison where you belong, you sick loser.

Story is great but instead of sympathizing with the victims, I said to myself “Kathy deserves it”, she is one big dum dum. Imagine being one of your loved one raped by the man you knew, then one day casually meeting him in one secluded place, she is asking for something to happen.

Victim blaming is awful but Kathy definitely asking to be raped. Girl, why she didn’t feel hatred, threatened or alarmed when she saw the rapist at theater? Why she let has a nice chit chat on isolated dark empty stage?? WHY KATHY WHY????

“Victim blaming is awful, but” Ok maybe you should just watch the movie and not comment.

thank god there’s someone else sane in this comment section

Kathy wasn’t asking for it; Kathy never existed. What ever you saw Kathy do, know that Lamont Cranston^WJohnson set you up to see/think/judge as he’d intended.

Don’t be a victim; remember that movies are pretense living rent-free in your head.

Similar to ”Extremities” starring Farrah Fawcett Majors, where a bunch of women turn the tables on a rapist and keep him prisoner in a fireplace cavity and abuse him in revenge for what he did. A myriad of women revenge films were spawned from here. I love films about unhinged women who do some nasty things, its such a turn on to see them all sweaty and covered in gore, wow, getting excited just thinking about it. Off to watch ”Sick Girl” again.