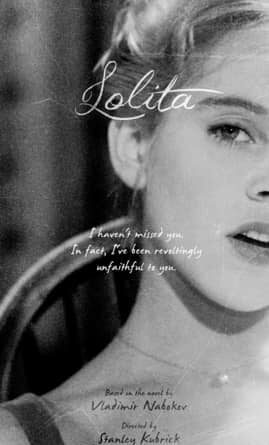 Plot – Spoilers:
What makes Lolita truly unique is – there’s probably no other controversial topic where a book on it is widely acknowledged as a literary masterpiece and later the movie adapted from it, also counted among the greatest.

Humbert, an elderly professor, arrives in New Hampshire looking for lodging to spend the summer. Widow Charlotte’s house seems ok, but she’s talkative and flirty which isn’t what Humbert’s looking for, to get some writing done. And even though Charlotte squeezes her tits against him a couple of times, Humbert’s all set to look elsewhere when he chances upon her 14-year-old daughter Lolita, sunning herself in the garden. From there, Humbert careens down a precipitous slope, a slope that in its early tracks finds him jealous of Lolita hanging out with boys, then progresses to fondling Charlotte’s relatively aged body while eyeing a photo of Lolita by the bedside, before getting more daring and demanding.

Lolita is either a perverse account, a doomed love story or just humans being unpredictable, strange, vile and vulnerable – it all depends on the viewer’s life experiences and perspective. 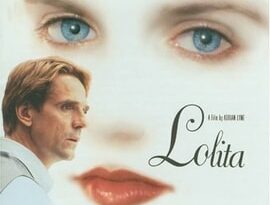 Quite a bit weak. Not Kubrick’s strongest and definitely not Sellers’ greatest performance. Lyon is not naughty enough. Fabulous original book though, but somehow weak adaptation of it.

Kubric the nonce at it again

I don’t know what these idiots are talking about.This is a really good movie,But I liked the sequel with Dominique Swayne alot more.

Lolita… The only piece of Russian literature to make it into pop culture music. (Don’t Stand So Close To Me by The Police) I’m thinking there are a couple versions of this “book by Nabokov”, the later one being a bit more spicy… but I might be wrong there. Doesn’t Shelly Winters do annoying really, really well? I mean there were a few times she was speaking directly to the pimp hand…. and that made the movie that much more enjoyable. I do have one question though. Who in the hell name’s their kid “Humbert Humbert”?!

As always, thank you for the diversion you naughty little EUMers. Lord knows we all could use it.

In my opinion, this is the best film adaptation of Lolita, but still not an accurate portrayal of the horror, disgust (and even hilarity) of the original novel. Read the book! Or if you can, listen to Jeremy Irons’ performance of the novel on Audible.

I’ve tried to play Option 2, but something is wrong… Does it works to you?

EUM dudes, whats with all the pedo movies lately? Are there some skeletons in your closet? Suffice to say, Im not a fan of anything involving children being abused, raped and killed. Thats just sick shit that belongs in the trashcan.

good movie, usually movies with this much hype tend to fall quite short of my expectations; this movie wwas much more than I had anticipated and now I’m definitly picking up a copy of the book.

I only saw the remake as a kid. To make it worse as a kid starting puberty, so I was like what’s the big deal. I wanna bone her too. Now that I’m not 12 I’m like Broo that’s a little girl.

Y’all, just because someone likes a movie with kidnapping and grooming in it doesn’t mean they condone it in real life. Just like a slasher fan doesn’t encourage murder in real life. Let’s use our brains and critical thinking skills.

Definitely not Kubrik’s best work but great film for the time. I haven’t read the book although I have been meaning to for years. I found it funny how all the adults were so neurotic. And Kubrik must have had a teenage daughter when he made this, because his portrayal of a teenager female is spot on. They are truly that annoying sometimes lol Not sure why men are so obsessed with girl’s at this age. They are so immature. I was as well. But hey, it’s their funeral. This man almost got a heart attack with her antics. He definitely wasn’t up to the challenge. His possessiveness is what drove her away. He thought he had it made by locking up his rapunzel, but he got what was coming to him. She was the one in control the whole time. Im not sure how accurate that would be in real life. Mostly a girl her age taken away from her family would have more Stockholm syndrome. A girl her age wouldn’t know how to manipulate an older man like that. Maybe if she had grown up on the streets or something. But not a girl like this. Idk just observations about the subject matter. I may be wrong but that’s my 2 cents.

Imagine if you are in Lolita’s place and you have no preference for old guys (what’s more that’s her stepfather lmao), it would be creepy as hell (assuming you’re aware of the norms).

I’m amazed how Lolita was very comfortable with… too many skinships (well, maybe that’s just part of their culture). To be fair, she really had a strong mind going along with her stepfather’s whims to take a break from school and just randomly travel anywhere. Considering that the actual events of that story might be distorted in Prof. Humbert’s eyes, I’m beginning to become curious as to what are Lolita’s actual thoughts about these experiences.

In the movie, she seemed to come off as immature because she was still a young girl, but I don’t think she’s dumb enough to be not aware of what her current situation is.

As for Prof. Humbert, I think he genuinely loves Lolita that is why he chose to wait till she reaches at least the legal age to make a move on her (but then she got pregnant with another man’s child). However, it is also somehow contradictory to his actions throughout the story. There were times that he took advantage of her innocence. He didn’t show fking respect, courtesy, and his limitations as a decent man or as a stepfather (except the beginning and the ending scenes). He didn’t even properly guide Lolita in the ways of the world as an adult. In the first place, if he did his job as a parent properly, Lolita wouldn’t be pregnant with a guy whom she barely knows and still be able to continue her life as a student.

Also, I think he was also a bit incompetent when wooing Lolita, or maybe he wasn’t just the type of Lolita so that’s why he failed to get her heart in the first place.

“Well, that’s just the way it is,” Lolita said.