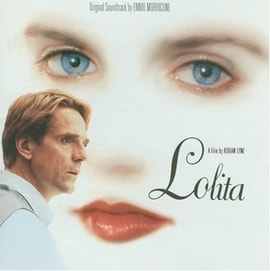 Plot – Spoilers:
If you’re gonna watch this film, it’s highly recommended that you first watch Kubrick’s version. This one follows the book closer – it’s the same story, but Adrian Lyne’s Lolita opts to heighten and detract different aspects. And so it feels like a satisfying second read of a book or a second watching of a movie, because you get a fresher perspective and newer insights that might not have occurred to you earlier.

Humbert is more the pervert here, Lolita is more sexual and more manipulative, but ironically, both are also more tragic. In Kubrick’s Lolita, he begins with the ending which diminishes an angle that Humbert probably didn’t kill Quilty just for ruining Lolita. There, you were likely to feel that the murder was a transfer of blame to Quilty. Here, by placing the murder in chronological order, you’ve already seen the gamut of the perverse relationship. And while you could even allow Humbert the option that he might have truly loved Lolita and believed he’d have given her a happier life, it’s more apparent here that Humbert killed Quilty because he was killing his competitor. The wretched one who stole his Lo’s heart.

The closing lines of this film also further drives home Humbert’s guilt that he had destroyed Lolita forever:

And I knew that the hopelessly poignant thing…
was not Lolita’s absence from my side…
but the absence of her voice from that chorus. 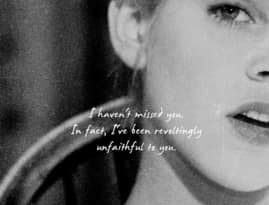 I was dimly aware of the controversy around this film when it came out, but never saw it until I decided to watch every Adrian Lynn film. He considers this to be his best film, and from a purely cinematic perspective, he’s probably right. It’s got loads of atmosphere, something he excelled at. The subject matter, of course, is uncomfortable, and there are obviously some scenes that made me squirm in disgust. But Dominique Swain pulls off a great, magnetic performance with such mastery that she never appears to be exploited, even though she was just 15 when they cast her. Did the film need to be made? Probably not, but it’s still a decent flick.

Kids like the one you see in this film exist in real life. Some children are wired that way some are influenced by the people and environment they grow up in. In the end its the adults job to be the adult and make the right decisions. As for entertainment this is a great movie better than the original in my opinion. So 5 stars for this classic

Beautiful film, beautiful cast… effedup? not so much, other than the pedo theme of course. Still, great acting makes it worth a watch. For truly effedup try to find a German film “the Golden Glove”, OMG, total crazy effedup insanity. I loved it, & you will too… thanks again EU, you’re the best.

What a crazy good fucking movie!

I appreciate this film

i hate this movie, ik there are alot of men who say this shit is a master piece especially cinematic wise, which it looks very nice disregarding its context, but not in the way of just being beautiful, in the way of a dreamy manipulation, it seems to be in the man’s pov while conflicting with its third person pov camera angles in most of the movie, I mean in the beginning of the film we see the older man look at her and we see what he sees when he sees her. reading a damn book in the sprinkler, even though her book would be ruined and she probably would have reacted different in someone else reality, we never see this dreamy like scene when she sees him for the first time, we only see him notice when she first sees him, and lolita is not what a normal human would be like she used as a prop and a conflict only through out this god awful movie.

I wish I could make a request but there’s this movie that I cannot find it anywhere. It’s called Little Sweetheart starring John Hurt.

MOVIE PLOT: A teen slut that fucks her stepdad until she gets bored, dumps him and gets pregnant by someone else. They both die one in prison and the other during pregnancy THE END

Daughter is a slut