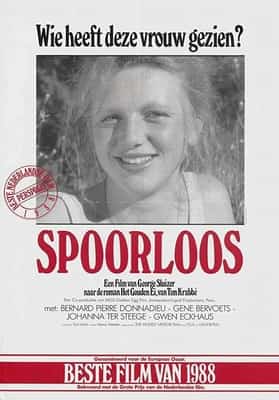 Plot – Spoilers:
Rex and Saskia are a Dutch couple driving on holiday into France. Saskia is playful and Rex seems smitten – everything looks perfect. Until Rex leaves a terrified Saskia alone in a dark tunnel and heads to fetch petrol after their car runs out of gas.

But they soon make up and are all set to continue on with their trip. Saskia steps into a store to pick up a couple of drinks but doesn’t return, which puzzles Rex who’s parked just a little away. As the hours roll by he gets panicky and is convinced she’s been kidnapped. In a way the tunnel incident serves as a guilt-driven pivot for Rex’s obsession in finding out what became of Saskia.

Meanwhile, Raymond is a Frenchman with a regular family. We see him watching Rex and Saskia as they pull up into a gas station. Raymond recently bought a remote cabin and has been running mock-tests on chloroforming women and the audibility of screams from the cabin…

If a list of the greatest relatively unknown movies were drawn up, Spoorloos would surely make the Top 10.