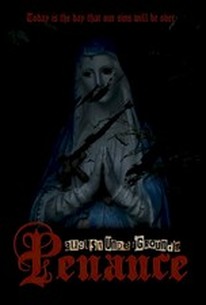 Plot – Spoilers:
The final part in the August Underground trilogy has often been described by director Fred Vogel as his favourite of the lot.

Regarding the film itself – not sure if it took three parts for Peter Mountain’s character to emerge, or if it is in Part 3 that we finally get to understand some basic things about him. As a killer he’s driven and fairly focused, but other than this, he’s kind of silly and a boring person. He tries to be funny and impress the camera especially when Crusty’s manning it, but simply isn’t. Killing is the only thing interesting about him and he probably knows this. All his accomplices through the three films are verbally smarter and often outshine him. And yet, he’s the one who’s been consistent and survives, because of his need to kill and make it through. His sexuality emerges more here. In August Underground Mordum, Crusty calls him a faggot and here in Penance, he often has a problem getting hard while directly interacting with a human. In fact, the only time he cums is when he masturbates to a dying trussed up woman.

Crusty is more attractive in Penance and conscious of Peter’s frustrations – mostly patient with him, she is even a little encouraging, goading him to get in shape. But when he can’t get it up often enough, she finds a man who can and who will fuck her dirty and anally. The stress of their relationship and the strain of the killing sprees eventually appears to catch up, as Crusty finally cracks.

Animals are more involved in this movie though no actual killings are shown except for a writhing rat being fed to an alligator. Other animal scenes include carving out the leg of a dead deer and a gratifying scene of a growling lion being fed by hand.

There is the usual August Underground platter of gore though not as much as in Mordum. Some interesting scenes include sawing off the arm of a dead woman who only has her torso left, and a pretty well effected scene of a fetus being carved out of a dead pregnant woman (Fred’s irl wife, Shelby Vogel)

2. The interaction with the homeless guy is strangely entertaining despite the lack of gore or a murder. Maybe because it comes after some boring introductory scenes that you kind of want to just end to get the action going. 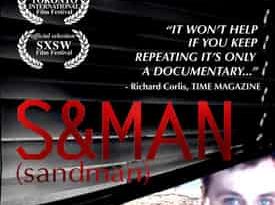