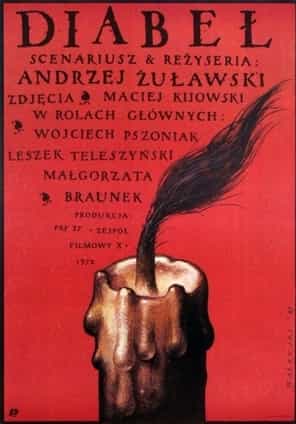 Plot – Spoilers:
Set in the late 18th century, a prisoner Jakub is freed from a fort/convent by a stranger who also picks out a nun there, to accompany Jakub on his journey to the outside world.

Jakub was imprisoned in the fort following a failed conspiracy to assassinate the emperor. Initially, he comes across as a tormented martyr-like figure prone to epileptic seizures when things get intense. As Jakub and the nun journey on, the stranger keeps springing up, guiding him through bizarre experiences while also controlling his thoughts and perception of the world. The pervasive pre-dawn atmosphere and ’70s psychedelic music add to the gloom as Jakub discovers that everything he knew and grew up with has changed. That the people he cared for, are forever lost to him.

Diabel is a surreal experience with intentionally dramatic acting straight out of village theatre, and is probably best watched keeping in mind that the metaphors and themes were influenced by the oppressive regime Zulawski made the film under, where the government kept a tight leash on expression and perception.

Thoughts on what the fuck this movie is about (Massive Spoilers):
Given the title ‘The Devil’, and the sinister ways in which the Stranger keeps appearing and pushing Jakub towards a loss of his morality, it is a good idea to look at the stranger as the Devil. The nun probably represents Jakub’s purity and idealism which he slowly loses. At one point, the nun gets rid of her scarf and looks attractive, even seductive, perhaps representing a shift from the Catholic view on purity. Also, the Stranger morphs into a sort of wolf at the end which also has devilish references.

The other way to look at it is, Jakub like the viewer was sold a dummy. Classic diversion by manipulative forces to achieve their objectives. The officer who pays the Stranger at the end says something to this effect about giving Man a facade of honour, nobility and the spiritual soul to send him down the path you want him to go in. 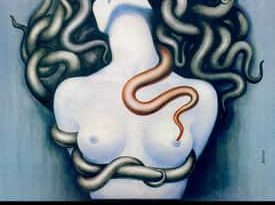 As per usual, thank u admins for the top-notch selection of movies!

I had wanted to watch this film after viewing this directors other film posted recently on this excellent site, titled Possession, because I had found it completely ludicrous imo, esp in regards to the acting, amongst other things. Yet I had always heard of this directors works as being highly regarded, so I wanted to give him another chance, so to speak, to see if it was just me, or if Possession just wasn’t his greatest (to put it mildly).

Glad I did. Diabel is an excellent film laden w allegory, esp religious. Not suprising the history of censorship issues it received. I found the film beautifully written, acted, shot, etc. The story itself captivating, a world that turned it’s back on u, then had gone mad all around you, and while obviously implied the stranger represented the devil, the nun God, I found it fascinating that the main character, Jakub, pretty much was the sanest out of all the other people. Ironic how the devil dances before him in the end as well.

An excellent film, one I will definitely rewatch. Imo much better than Ken Russell’s The Devil’s, and while each film is far different, the inevitable comparison of the two will be surely be made by some, so there’s my thought regarding that:) EXCELLENT film, I’ll give it a 10!

After viewing Diabel, I will make a point of seeing On The Silver Globe soon, as well as Zulawski’s various other films.

You have to Bleed for The Devil 😉

I’m still trying to figure out why there’s an incest tag for Genres because not once did Jacob actually have sex with his mom or his sister.

hmm, it’s a beautiful movie, regarding the concept of the surviving rebel against tyranny being assisted by God (regarding Lucifer, Enki, Satan, Sanat-Kumara) generally; but, regarding the historical references stated therein, apparently it depicted a zionist communist tool as he was: insane and guided by an evil character (regarding the Abrahamic evil character, antagonist, “the devil”).lol