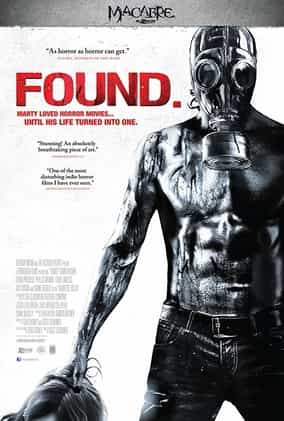 Plot:
Marty is a kid with a troubling secret. His brother Steve is a serial killer with a preference for black women, whose heads he stores in a bowling bag in the closet. Though Marty has a morbid curiosity and often peeks at the heads when his brother isn’t around, he lives in fear of his head being next in line.

Marty feels isolated from his parents, is often bullied at school and doesn’t really have anyone to talk to about his secret. His only friend David, picks and chooses when he hangs out with him, and so Marty spends his days and nights listening to radio shows or watching horror flicks.

One day, he stumbles on a movie in Steve’s video collection called ‘Headless’, that appears to offer insight into his brother’s parallel life…

Found has some pretty effed up scenes involving women and their heads and the movie within it, ‘Headless’ gained so much attention, that a few years later, a separate movie, Headless was made based on it. 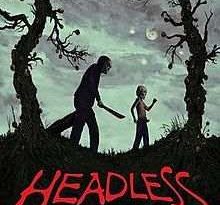 I wasn’t expecting this to be so damn enjoyable

This one was enlightening btw.

why are there forced subs on every English language film?

Another good find – thanks EUM!

I’ve seen this before but glad to find it here and watched it again! Thanks EUM

It’s nice that there is a Wild Zero/Guitar Wolf poster on the wall.

Ye-ah, that loser kid and his fucked up family. Great ending tho’. Thanks Effedup.

I am left speechless at the end. EUM, you guys did it again. Great job!

I honestly found this from “Headless”
but my godddd was this amazing !! such an emotional rollercoaster for me & I loved it! definitely recommend watching if severed heads don’t bother you lmao

This movie sucks so bad. They’re tryna make it deep by adding subplots like bullying but then make them totally unbelievable and uninteresting. The relationship between brothers is stiff. Acting is cringe inducing. And most of all there is NOTHING scary about it

Awesome movie……definitely worth checking out!

The kid acted very well, better than some of the grown ups. His older brother looks like Onision but slightly less scary.

I liked this film. It was poignant, sharp and disturbing, but sobering and pragmatic. Acerbic rather.

Very nice movie! Thanks a lot, EUM. That end was priceless, I cracked out loud with the very final sentence!

Am I the only one who laughed at the prosthetic penis?

Despite the multiple laughable things (Marty’s hair, David’s giant moobs..) the movie was good. A neat ending that would make a great art print.
Useless sidenote: I had the identical Venom poster as a teen. LAY DOWN YOUR SOUL TO THE GODS ROCK AND ROLL!!!!! \m/ Black Metal \m/

Last time i got washed around like this was D.Darko

This shit sucks I wanted masked men all I got was bootleg onision who chris channed his mom and may or may not have had sex with a kid’s head. 2/10 only cause the poster for it was cool