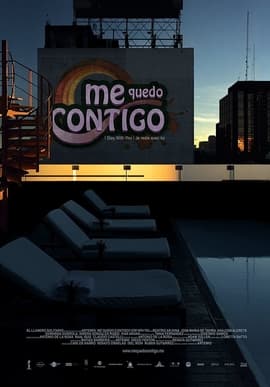 Plot – Spoilers:
A group of girls are out partying because one of them, Natalia has flown into Mexico from Spain and is missing her boyfriend who’s doing something, somewhere remote.

Natalia is a curious case. She’s awkward and intimidated by the leader of the group Valeria, who has plenty of daddy’s money and power to throw around. But in the presence of other men who slobber over her, she’s confident and even contemptuous of them. Her other friends Ana and Sofia have nothing much going in their lives apart from following Valeria’s lead and enjoying the pleasures that spill over.

So after a night of club hopping, the girls go slumming at a local tavern. A cowboy tries to pick up Natalia and she decides to make out with him on the grounds that her boyfriend hasn’t replied to her calls. The girls then decide to take the guy home and things go crazy from there.

For a couple of days, Natalia had been been trying to find her spot in Valeria’s world. The cowboy provides an excuse for her pretensions to drop away, as the girls bond over the perverse. To them the cowboy is a piece of trash from another world, not worthy of losing anything over. Not even their selfishness.

1:03 to around 1:05 is where it gets going
Nice natural format, may be a bit long for most people but I enjoyed it

Okay what’s the deal with the random person in a suit and horse mask at 1 hr 15 min?

Five stars for horse-head guy shooting pool. Zero for this lame-ass movie. It would have been better if the guy was cartel and he escapes. He has a sit-down with “El Gordo”, the obesely over-weight head of the notorious “Aranas De La Muerte”, a/k/a Spiders of Death Cartel from Paco De La Scrotus and he pleads with the jefe to perform a “His-toe-wreck-tow-me” on the pinche putas. “El Gordo” approves a hit on the girls, not knowing that they too are Cartel – the mysterious “Muerte En Tacones Altos” (Death In High Heels) Cartel out of San Titti Palo. With that, a long and bloody war ensues, and with it comes the sky-rocketing price cocaine. This incites world-wide panic. Society becomes a free-for-all. Murder, rape and pillaging are the way of the new world… and then the brain-eating zombies appear…. See what I did there?

As always, thank you, Admin. I love you madly and am including you in my will. You’ll get my vast collection of dirty women’s underwear. And don’t worry. They’re all zip-locked in their own baggies for your protection.

Hey admin, Abr here, I enjoyed this movie so much
because it was just cheesy enough and just effed enough!
Shared Me quedo contigo with my sisters Mahtab in Mexico City and
Najam in Montreal. They luv (guys (or gals) with) horse heads too!

Crazy girls. The soundtrack is cool.

not bad at all, the horse head guy shooting pool was hilariously confusing and random tho,