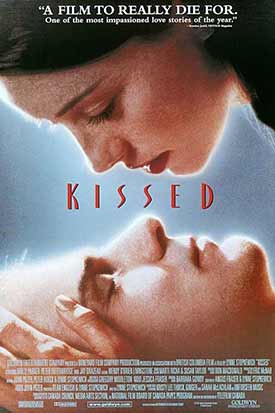 Plot – Spoilers:
As far back as Sandra can remember, she was intrigued by death and the dead. As a young girl she indulged her morbid curiosity with dead animals in the woods and when she finally went to college, she chose Biology which allowed her close access to dissections.

Though as a teen Sandra was ostracized by her peers, as an adult she feels more confident to seek out the darker edges of her fantasies. So when she meets the owner of a funeral home she is unashamed to ask him for a job and to teach her embalming. The more she interacts with the corpses the more emboldened she gets. Meanwhile, a nervous and awkward med school dropout takes a fancy to her and the two soon start hanging out. But can Sandra be as comfortable and intimate with the living as she is with the dead?

Random: Like in Crash, there’s a sexual scene at a car wash and interestingly, both movies came out the same year, in 1996.

Favorite Scenes:
The first time Sandra and Matt have sex, afterwards when she sees him lying asleep, she is attracted to his stillness until he fidgets around, prompting her to scurry to the funeral home to finally find satisfaction.