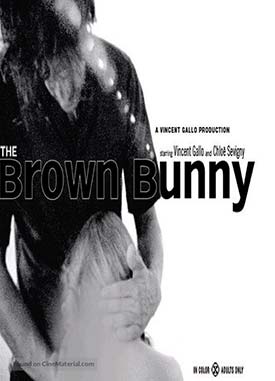 Plot – Spoilers:
The Brown Bunny is one slow moving movie and is best left for when you are in the mood for a lengthy depressing indulgence.

Bud is a motosport racer who’s just finished a race and on his way to California for the next one, in his truck. He first encounters a young girl at a gas station and quietly pleads with her to leave the store and come away with him. She agrees and he parks outside her uncle’s place so she can pack her stuff. Suddenly, for no apparent reason, he drives off without her. This forms the pattern of his trip of California – interacting with women and suddenly dropping them.

There is a woman called Daisy who keeps coming up and at one point you wonder if this character even exists/existed. Bud seems intensely depressed and it’s a miracle he’s even able to compete professionally. Eventually a pattern to the women he interacts with emerges. They all have names of flowers – Violet, Lilly, Rose and Daisy.

His interactions with the various women feels a bit eerie even though he comes across, mild-mannered without a threat of violence. There is a point though to all of this eventually and the entry of Chloe Sevigny does dramatically answer all our questions.

There are long stretches of him driving around or sipping coffee in silence which can get boring if you’re not in that sort of frame of mind. Luckily though, there’s some great background music to fill most of those empty spaces in the movie and his life. John Frusciante’s music is part of the soundtrack although it doesn’t appear in the movie. Apparently was used instead, as “inspiration” while the movie was being made.

Favourite Scenes:
1. The interaction with the hooker Rose. Not sure what about it, but Rose was charming. 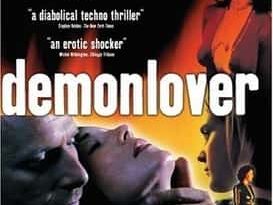 What America doesn’t want you to see. Not a bad movie, hounest look at the Trash Class in America

That was very moving and very deserving of being on effedupmovies.

If you’re curious about watching this movie, just watch it. Be patient, and just wait. That was depressing.

So I did some research into Chloe Sevigny and Vincent Gallo and they were not not dating and they weren’t even lovers, so yeah, thats’s pretty hurting to give a full on, unsimulated BJ in an indie movie, not a major Hollywood movie where the pay is substantially better. I used to think she was hot, but now I just look at her as a whore willing to suck the cock for a role while at the same time be portrayed as a crackhead. I think she still gets roles in movies and series because if she can suck a mean dick on screen, then she is willing to do it on the casting couch. That said, this movie wasn’t depressing, it was depressingly sad! The characters were shallow, with superficial interactions. Arrogant Vincent Gallo thinks he an just kiss and fondle his way through town with complete strangers in a black van like the kind serial killers use. Unrealistic and boring as hell. I’d rather watch paint dry. The BJ scene was probably the only good 2 minutes worth watching out of the entire movie and that’s near the end, so just skip the entire movie and just go to the last 5 minutes and save yourself the agony of boredom watching this meaningless disaster!!!

The admins of this site are just as disgusting as the Nut cases who get off on these movies “Favorite scenes: the blowjob…Chloe wrapping her pretty mouth on a thick cock is enough reason” y’all are a bunch low lives.

Blow job scene at the end only reason to watch. Otherwise slow and boring.

The slow pace is a good buildup for the denouement. That the bj scene is the only reason worth watching is bullshit. It all makes sense in the end… Movie makes me think on Greek poem Εν απογνώσει. by Konstantinos Cavafy.

“From the imagination, from the illusions
on the lips of other young people he asks for her lips;
he seeks to feel her love again.”

If you’ve seen this movie, I hope for auteur context you also watched Buffalo ’66. The filmmaker wears his heart on his sleeve, for sure. He’s an abusive egomaniac; a very angry man who finds it very easy to antagonize people and victimize himself. He corners people or pushes them away and you see that admittance in his work. Here’s what Christina Ricci had to say of him:

“Just because he’s bad at hiding it doesn’t mean other people aren’t really good at hiding it. Everybody’s creepy. He just happens to be really loud about it. And he’s not even that creepy. He’s just kind of a jerk, but he’s not lascivious.”

I have a girlfriend who reached Gallo as she’s a big fan of Buffalo ’66. He started flirting with her online, we couldn’t believe our eyes. He stopped contact immediately after that.