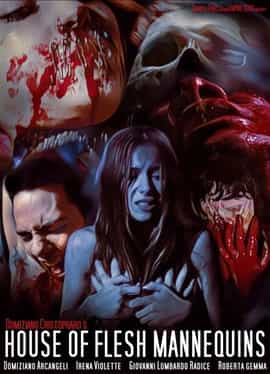 Plot – Spoilers:
Sebastian and his camera are inseparable. He views his world through it, and this is mostly one of gore and snuff. His films are distributed by an extreme-porn producer with whom he shares an uneasy relationship. All this began with his father, for whom Sebastian was a guinea pig to further his medical research.

Sebastian is financially independent through rent collected from letting out rooms in his inherited house and spends his time shooting gore and getting high on it. That is, when he isn’t spying on his neighbour Sarah who lives with her almost-blind father. If this all feels very deja-vu, it’s because House of Flesh Mannequins is a sort of perverted remake of Peeping Tom – there’s even a poster of the classic on a wall in one scene.

Good gore and flashes of snuff-type extremities will keep most people happy in between the slightly surreal tone that reflects Sebastian’s state of mind. Apart from the notorious drill-through-a-woman’s-breasts scene, there’s a quite brilliant gory take on grape-stomping that makes blood-wine seem an appetizing drink.

The version here is the original release. In recent times, there’s been a newer release that’s about 6 minutes longer and marketed as Totally Uncut, though whether it’s more extreme, is debatable. I haven’t seen it, but those who have, say the additional time is more about the surreal. 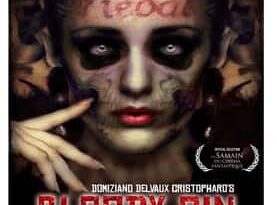 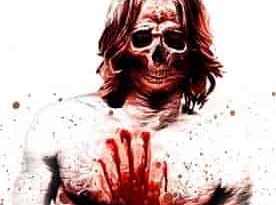 I have seen it uncut, and yes, it is about 7 mins longer and it does contain more gore and fucked up stuff, but that version is very hard to come by as it was released in limited numbers. But thx for this upload, it is still gory enough to satisfy horror fans on this site, I hope. Cheers EUM for your wonderful work in bringing us these hard to find films.

Watched this, this morning thought its was a banger of a film last 15 is where the gore is, but good little story.

A bit weak.. not so interesting.

cristopharo is so fucking overrated. of course he’s “the best italian horror director”, it’s not hard when there’s no one else doing it, but it doesn’t make you automatically good. he’s also a pretentious prick of a person just to add that little extra