Plot – Spoilers:
Maruta 2: Laboratory of the Devil is the second in the Men Behind the Sun series, chronicling the crimes and brutalities inflicted by a secret unit of the Japanese Army during WW2, as part of experiments into germ warfare.

This isn’t too different from Men Behind the Sun 1 in terms of what went on at Unit 731. Various tortures and autopsies are depicted vividly. The same Lt. Gen. Ishii is present here too and it almost feels like another version of the events, with different victims and alternate torture techniques. The makers attempted to avoid this feeling by adding a limp love story set around Unit 731.

So, the war has been lost and some of the officers and the man who came up with the germ warfare concept (Shikawa) are brought together for lunch by a secret group that hopes to restart the experiments. Shikawa is now cynical about his theories and refuses to cooperate, instead reminding them of the horrors at Unit 731, which is how the flashback and tortures kick in.

If you liked the first part, this is well worth a watch, and for those who found the first one offensive, this one with its love story wound around the tortures might make it a little more palatable. 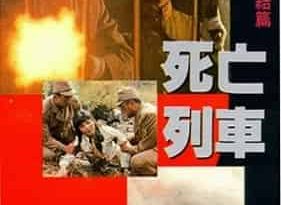 Hey Caleb get a loada this snum ?

Is there a subtitled version?

There is a special place in hell reserved for the idiot who came up with the dubbing idea for this film. You should leave the original soundtrack and just add some subtitles

dubbing is now the true warcrime